I first began working with Glenn in 2013 when we developed separate websites for his two main endeavors – Storyteller Extraordinaire and Alexander Technique. As 2018 approached, Glenn was looking to expand his service offerings to include marriage celebrancy and to further promote his efforts as a self-published author.

The first obstacle to overcome was the domain naming. The first time I worked with Glenn it was to transition two legacy HTML websites into WordPress. Both of these websites (glennbswift.com/Storyteller and glennbswift.com/alexander) were originally extensions of the main Glenn B Swift URL (glennbswift.com). With two new websites to be added to Glenn’s repertoire a new approach was required.

The main Glenn B Swift URL was retained as a landing page with sections linking to three standalone “GBS” websites. To self-publish his illustrated book The Ghost in the Bell Tower, Glenn had created the Swan River Gothic Press which also required its own website. As the Swan River Gothic Press could in the future be expanded to include other authors, a unique URL outside of the “GBS” brand was required. 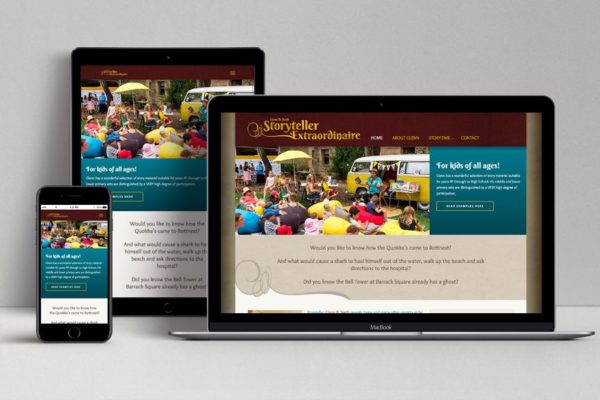 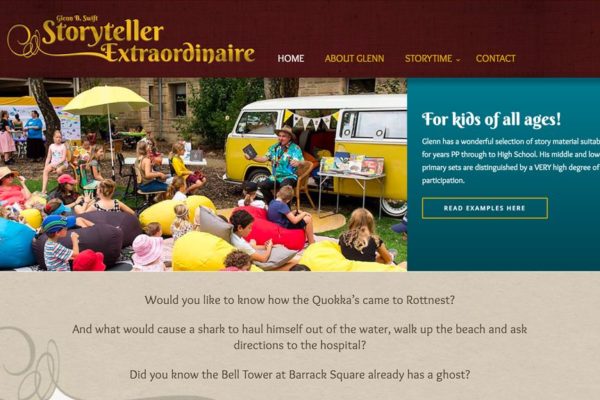 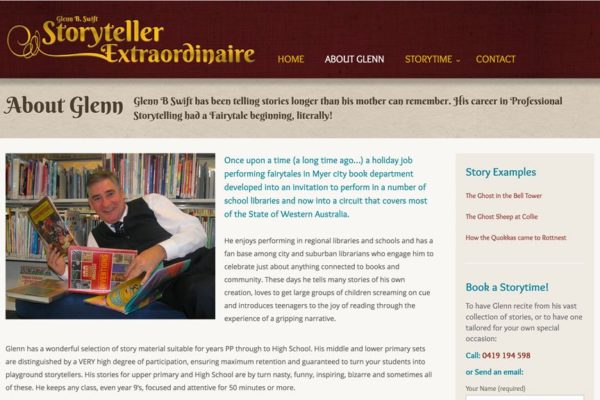 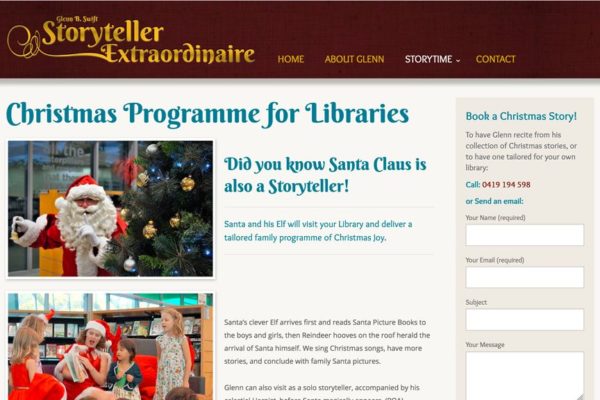 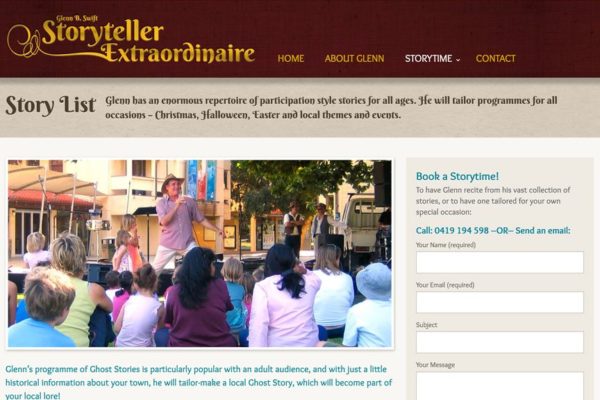 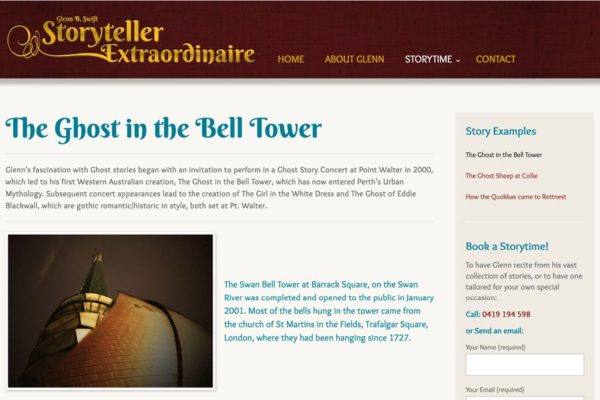 A new fully mobile responsive template was used with all content retained from the previous version along with a few new pages. The update also includes embedded videos and links to PayPal for the purchasing of The Ghost in the Bell Tower and cross-promotional linking for Swan River Gothic Press. 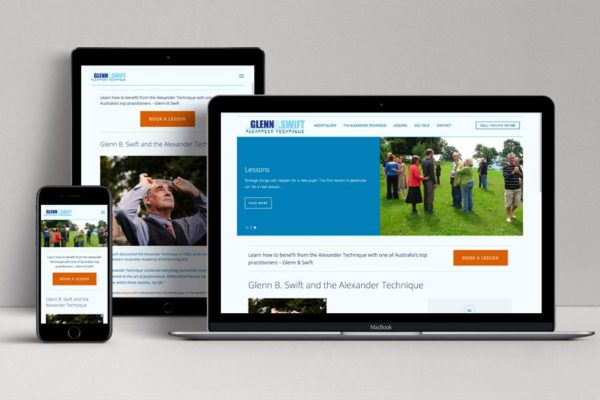 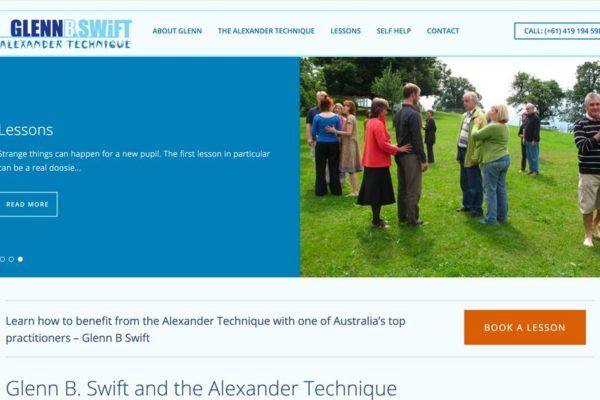 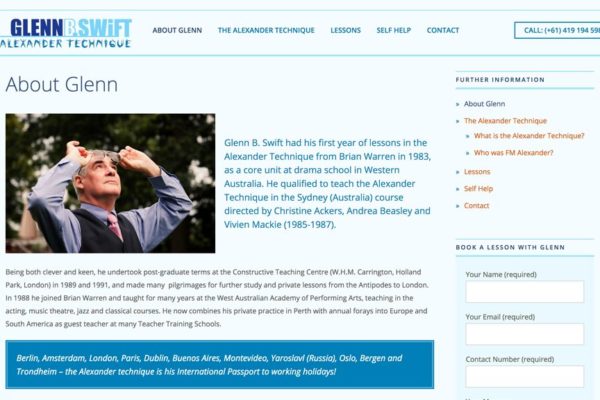 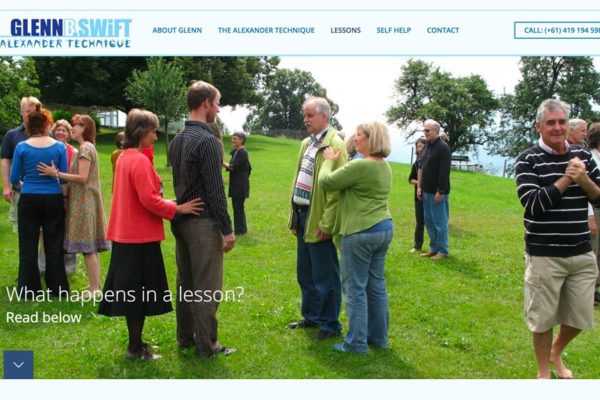 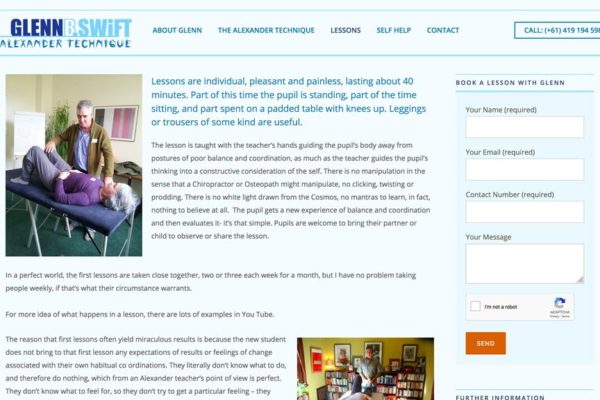 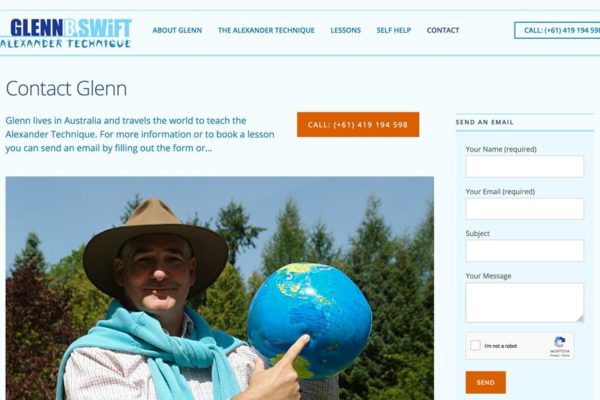 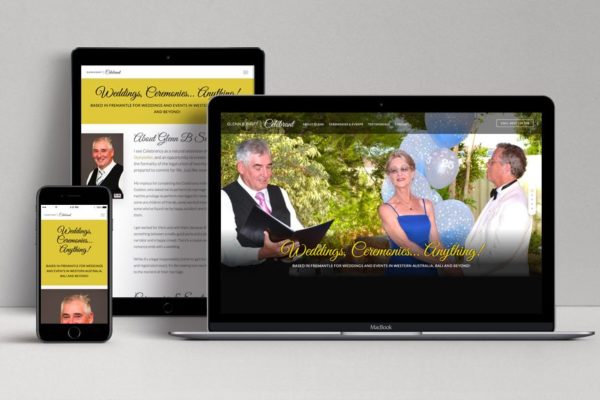 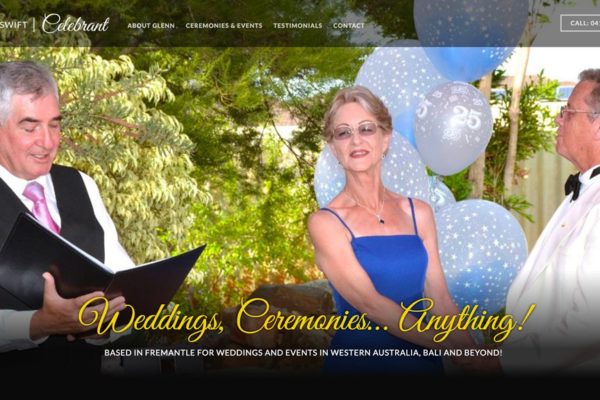 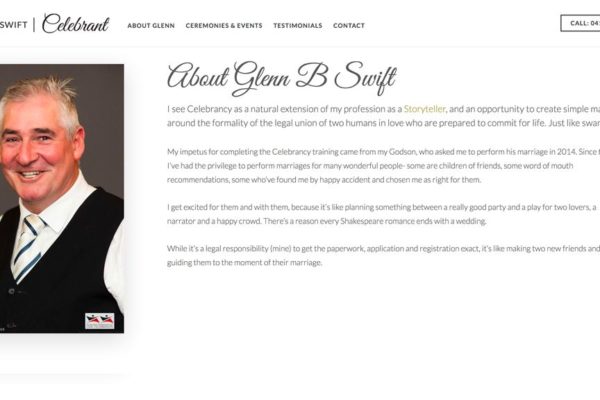 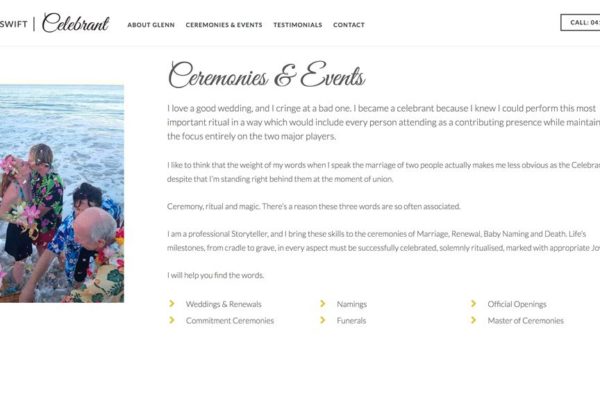 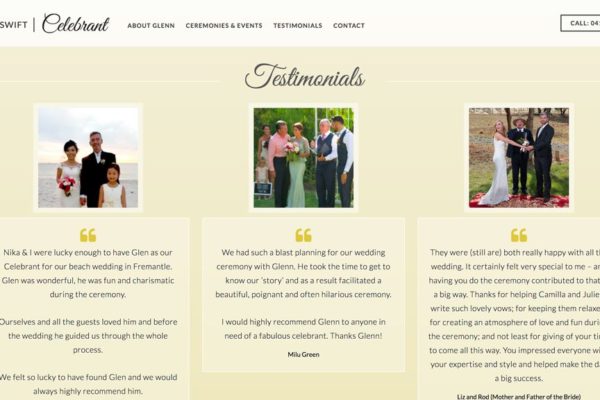 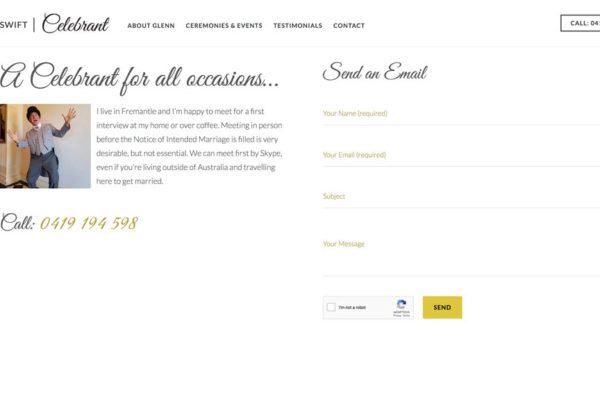 With Glenn’s experience as a storyteller and master of ceremonies, the role of marriage celebrant is a natural extension perfectly suited to Glenn’s talents. A single page website approach was used to promote Glenn’s recently developed service of marriage celebrancy for couples looking to marry in Perth, Western Australia. 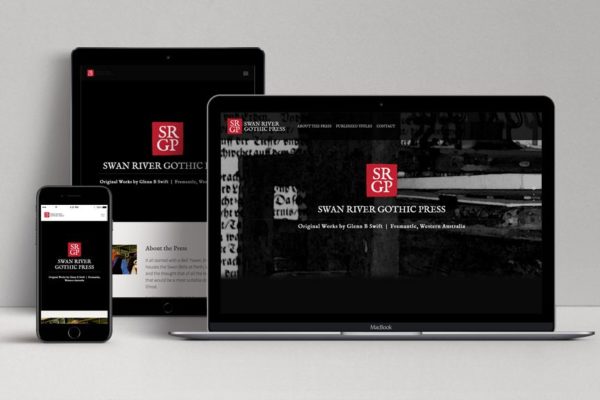 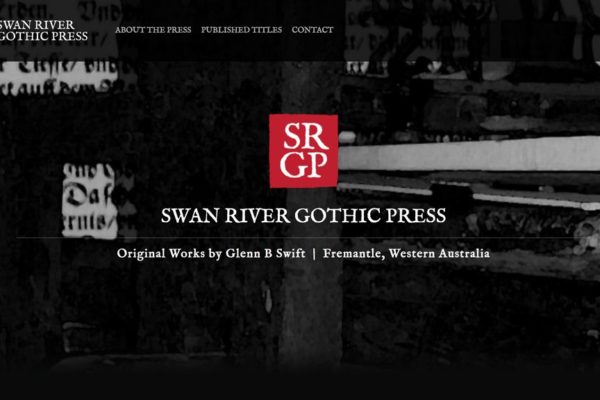 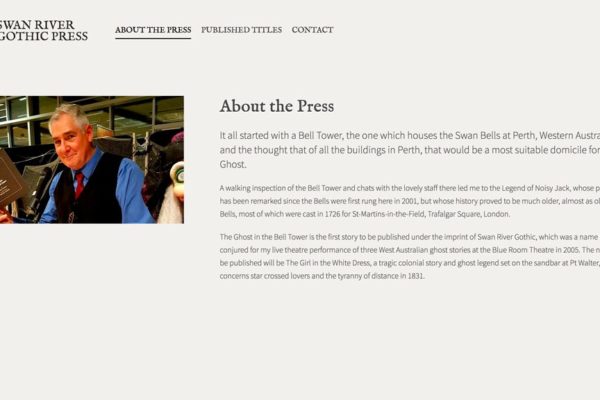 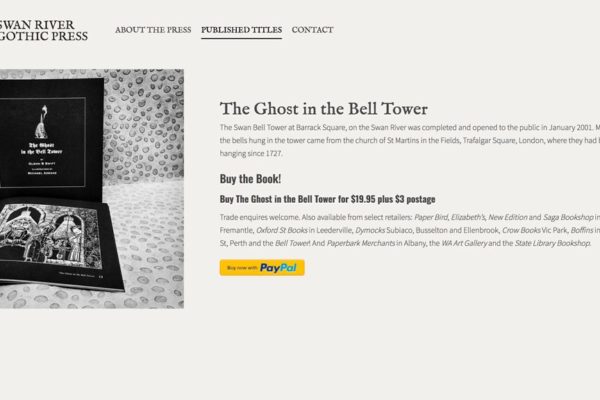 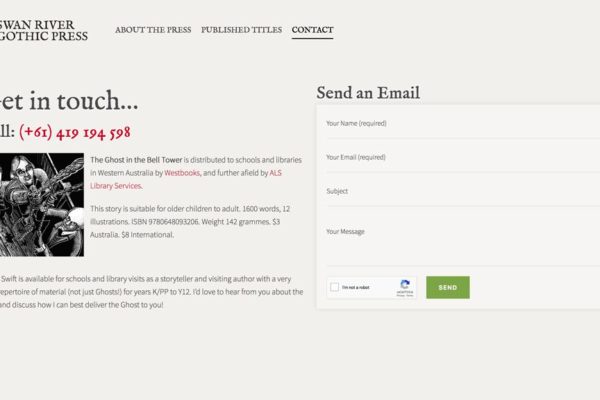 The Swan River Gothic Press website stands outside of the ‘GBS umbrella’ and was initially designed and developed as a single page website primarily focusing on the self-published book The Ghost in the Bell Tower. A unique brand identity was created to suit the nature of Glenn’s self-publishing business, with a view that more titles of the ghostly variety (and possibly titles by other authors) could be added to the website in the future.